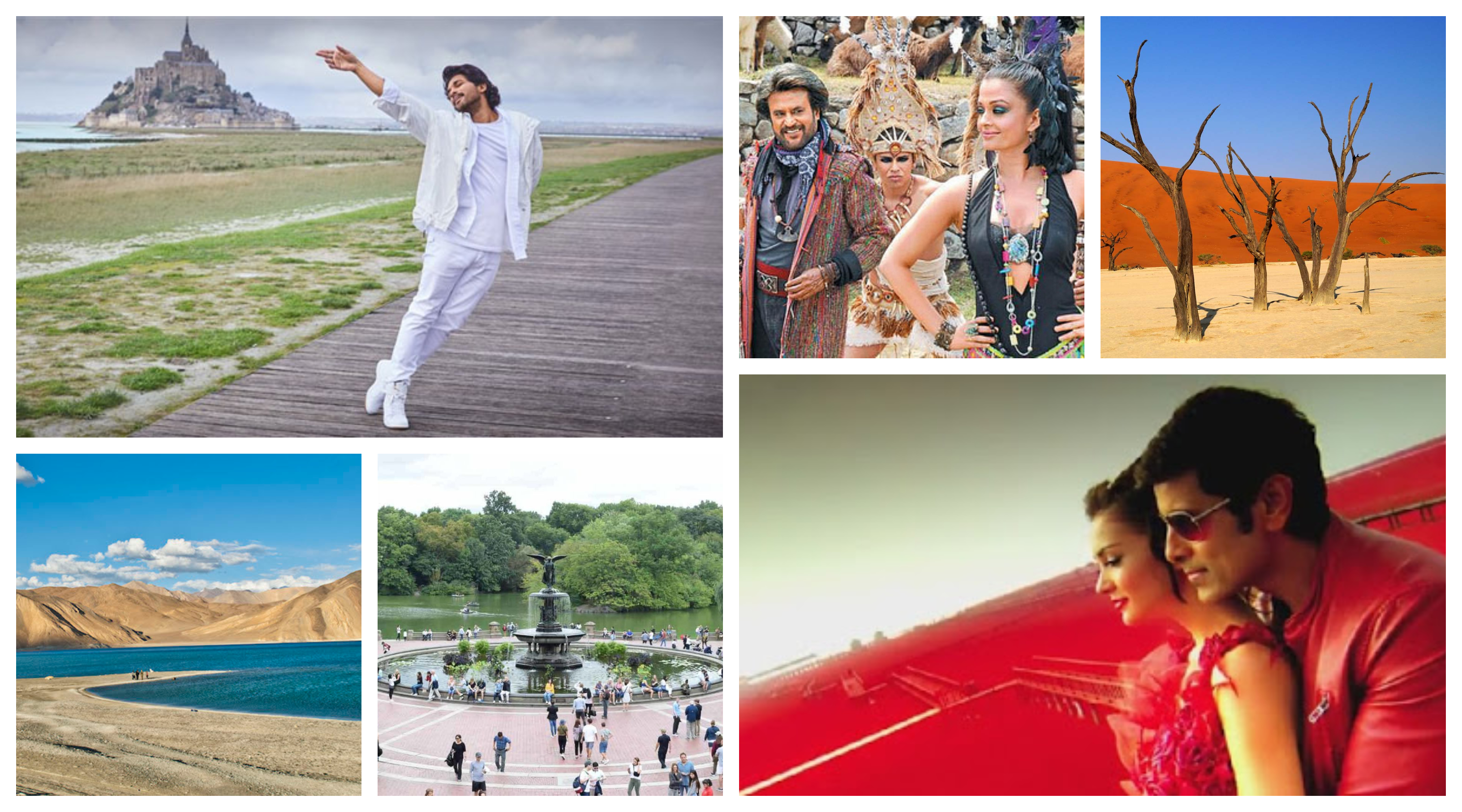 Telugu Movie Songs that take you on a World Tour

Over the years of watching Telugu movies, a big complaint has been when there are so many beautiful locations in India, why do makers and film crews go to somewhere else? This article from Deccan Chronicle explains it.

Quoting director Sukumar “We prefer to shoot a few songs in foreign locales as it offers the audience a visual treat. Also, in most places abroad, you can shoot the song in peace as there aren’t many people around, whereas in India, you can’t shoot a song in an outdoor location because too many people come to see the shoot and cause a lot of disturbance".

Telugu movies are notorious for filming songs overseas and travel all over the world to film songs and in various countries providing a visual feast as Sukumar said. In this article we will take a world tour and show you all the places Telugu movies have explored their extravagant and glitzy songs in.

Puvvulo Dagunna (2001) from Jeans - This song literally takes you on a world tour filmed at the 7 Wonders of the Modern World in Leaning Tower of Pisa, the Colosseum, the Empire State Building, the Great Wall of China, the Taj Mahal, the Egyptian pyramids, and the Eiffel Tower.

Andam Hindolam Remix from Supreme (2016)- Filmed at the Taj Umaid Bhawan Palace in Jodhpur, India where Priyanka and Nick Jonas were married.

Kilimanjaro from Robo (2010) - Machu Picchu, Chile. Name of the song is the mountain in Africa yet it's filmed at Machu Picchu. One of the biggest mysteries in Indian cinema.

Guruvaram from Dookudu (2011) - Istanbul, Turkey. First Telugu movie to be shot in Istanbul

Samajavaragamana from Ala Vakinthupurramlo (2020): Paris and Mont Sant Michel in France

Poolane Kunakeyamanta - China. This visually stunning song from Shankar's Ai was filmed by PC Sreeram and is literally filmed at a green lake, Red Sea, and beautiful flower fields. A visual feast for all.

Soundarya from Namo Venkatesa (2010) - Iceland. First Telugu movie to be shot in Iceland

I Love you Too from Shivam (2015) - Norway. First Telugu movie to be shot in Norway

Gunde Aagipothande from Shivam (2015) - Sweden. First Telugu movie to be shot in Sweden I think?

Nemmadiga Nemmadiga from Bhai (2013) - Slovakia. First Telugu movie to be shot in Slovakia.