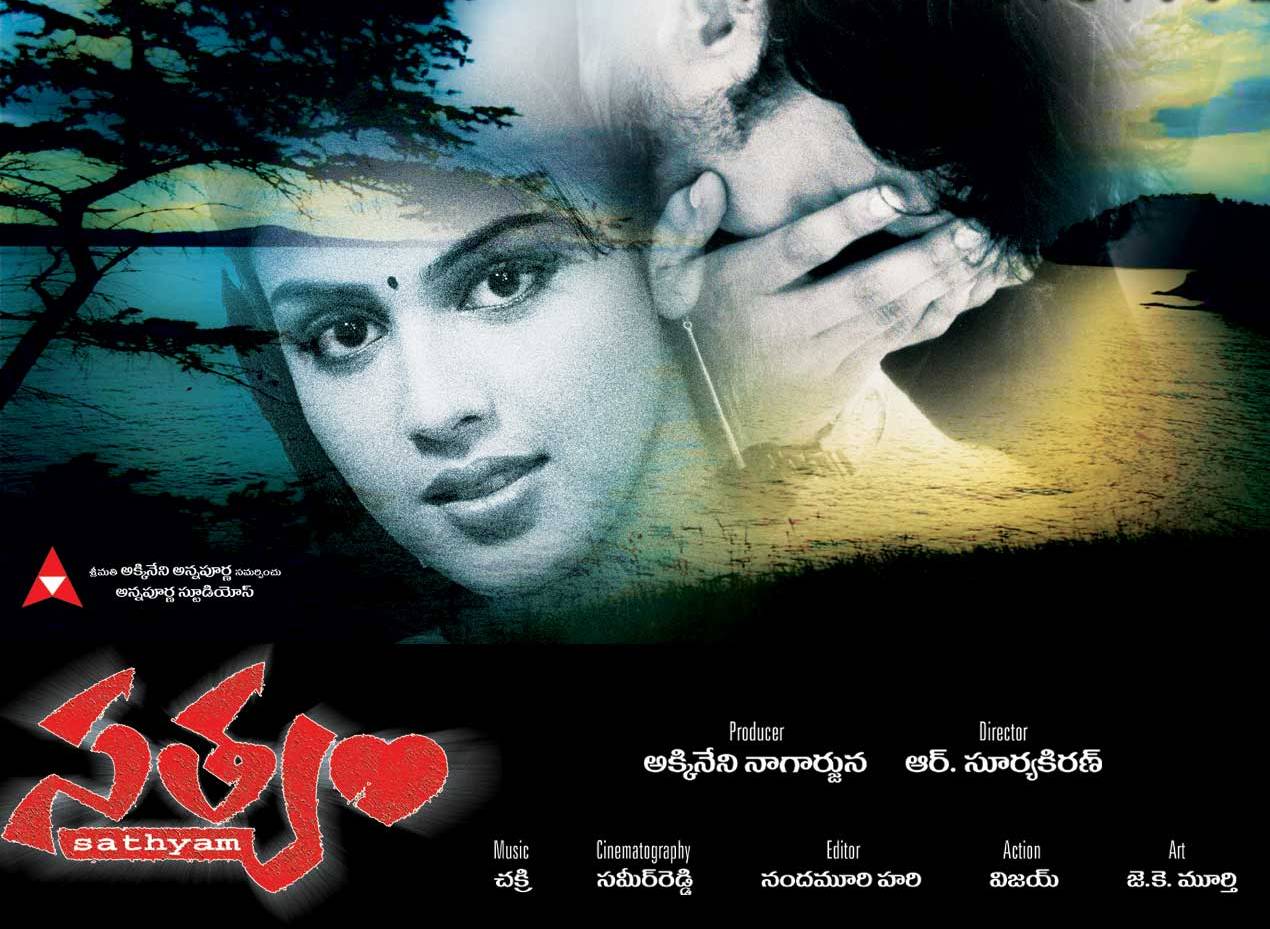 Continuing with the trend of nostalgia reviews, Sumanth Akkineni was struggling to found a break with the movie Satyam. One of the biggest hits in his career, it was also Genelia's Telugu debut and brough good recognition to music director Chakri, who won a Filmfare Award for Best Playback Singer - Telugu. Let's find out what made this movie so special in today's review.

Plot: Saytam (Sumanth) is a nice and honest guy who's misunderstood by his father and lover played by Genelia. He works as a ghost writer to a popular film industry lyricist and how he gets due and repairs all his relationships forms the rest of the story.

Performances: Sumanth is excellent as Satyam. His performance has a lot of scope for comedy and genuinity and he brings out the best in his for it. The way he performed makes you sympathize with the character throughout the movie and root for him. His good looks compliment his performance and he even gets a chance to show off his dance moves here and there. His honest performance and screen presence is easily the highlight of the movie.

Genelia makes a nice debut. She can act well and has a friendly screen presence.

The guy who plays the villain Prakash is strictly ok and has a face that you just wanna punch.

Tanikella Bharani as the popular lyricist is schemy and does well. Kota Srinivas Rao as Genelia's father gets another solid role and performs at his usual best bringing out the much needed emotional connect for the movie.

This was the first movie for Satyam Rajesh who plays the hero's friend and he provides some solid laughs throughout the movie.

As the movie is set in the film industry, famous choreographer Raghava Lawrence makes a special appearance in an song and music director Chakri also has a cameo.

Direction: The director Surya Kiran has done a good job with the movie. He makes the narrative breezy and relatable which is how it should be for romantic musicals. The music from Chakri also helps big time as the songs carry the narrative forward in addition to being extremely catchy and well composed. By making Satyam a nice guy and very likable, he succeeds in generating sympathy and you feel for him throughout the movie and root for his character the entire movie. He has added some decent comedy along the way with Satyam Rajesh which keeps the proceedings lively. Despite some slow moments, he makes Saytam a breezy and feel good watch for the most part.

Technicalities: Music and BGM by Chakri is arguably the lifeline of the movie. All of the songs are excellent and the 3 picks personally are I am in Love, O Maguva Neetho, and Madhurame Madhurame. The songs will most likely stay with you long after the movie is over. Even Pilichina Prema in the climax scene is used effectively and to maximum effect to bring out the emotions in the scene. Cinematography by Sameer Reddy is rich and vibrant. The visuals of Araku and throughout the movie are pleasing to the eyes. Dialogues are great and are very natural. Fights are awesome and add a little action angle to the movie which is used in the right doses throughout the film. Editing by Nandamuri Hari is perfect and really innovative at times with the color scheme and VFX that's shown at times. Styling is perfect. Production Values by Nagarjuna are superb. The movie looks very rich throughout and the scale is appreciable.

- Emotional Connect could have been stronger

Analysis and Final Take: Considering the way Sumanth's career played out, Satyam still remains one of his best movies. It just has this breezy and likable feel to it that makes it watchable at any time.

The first half of the movie is good. The 2nd half is equally as good. It's pretty hard to find a flaw in the film as everything moves perfectly as per the story requirements and not a single scene, fight, or dialogue feels forced in the movie. The only negatives are the slow pace at times and the emotional connectivity could have been a little better to improve the feel good factor.

Sumanth is extremely likable and relatable as Sumanth and has a certain sincerity in his performance that makes you root for him for the entirety of the narrative. Any good romantic movie in Telugu needs good visuals and music and Satyam has both of those in ample doses.

Overall, Satyam is a feel good entertainer. Sumanth's performance, the excellent music and visuals, breezy narrative, and deft direction makes sure that it remains one of, if not the best movie in Sumanth anna's career.