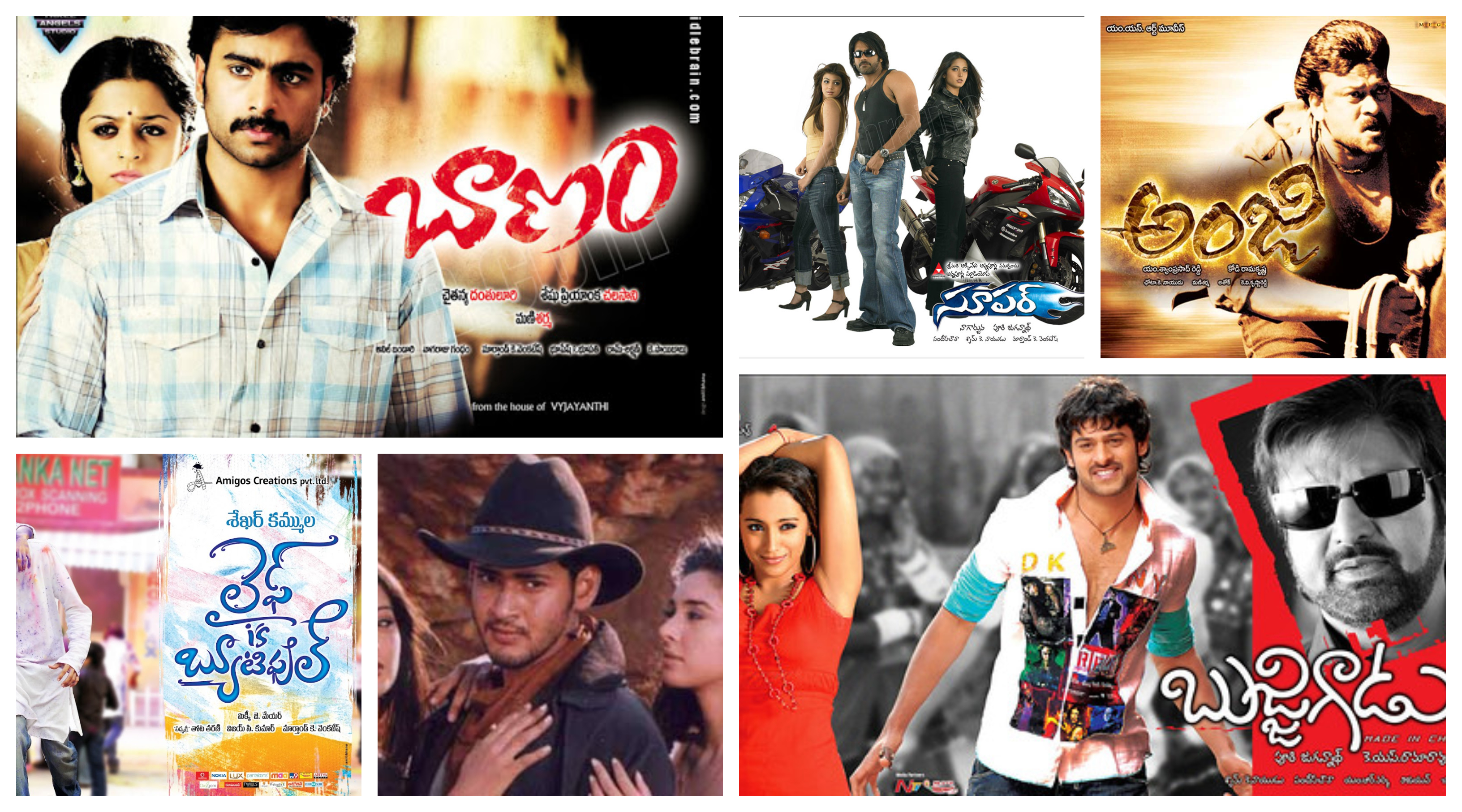 Often times a movies result and music are in correlation. If a big commercial Telugu movie album is good, then half the battle is won. Sometimes a film is a hit or a flop and the album is still appreciated and goes onto become classics like Orange and Khaleja.

There are definitely some gems we hear that don't get enough credit and are underrated. In this article, we will delve into what we feel are some of the most underrated Telugu albums in Telugu cinema since 2000.

Baanam (2010): It's hard to find a bad album from Mani Sharma and he gave a solid album for Nara Rohit's debut movie based on Naxalites in the Telugu states. Kadhile Paadam and Mogindi Jai Ganta are our picks.

Oohalu Gusagusalade (2014): This album by Kalyani Malik is similar to the movie which like a cool fresh breeze in the heat and mania that is commercial music obsessed with dappulu and loud sounds. The sounds and compositions are soothing.

Jyo Achyutananda (2016): The 2nd combo of Srinivas Avasarala and Kalyan Malik after Oohalu Gusagusalade, Aakupanchani Chandamma and Oka Lalana are great songs in another fresh and breezy album by Keeravani's brother.

Mister (2017): Despite the atrocious content of the movie, Mickey J Meyer never disappoints in his music and same goes for most Sreenu Vaitla movies as they usually have good music. It's your typical commercial album that have it's fair share of duets and intro songs. And thank god they didnt include the item song.

Rowdy Fellow (2014): This album by Sunny MR extensively uses Arijit Singh throughout the album. After listening to Ra Ra Rowdy after a first times, it'll be stuck in your head for a few weeks guaranteed.

Sammohanam (2018): Vivek Sagar brought out all the tunes and beautiful compositions for this fairytale from Mohankrishna Indraganti. Much like the movies title itself, this album is enchanting indeed.

Life is Beautiful (2012): Despite it being a poor remake of Happy Days, Mickey J Meyer once again delivered a solid album for Shekar Kammulas slice of life drama. Yemundo, the title song by KK, and It's Your Love are our picks.

Veedokkade (2008): Those who were die hard Suriya fans back in the day and still are understand the impact of this album. Harris Jayaraj composed another classic for Suriya in KV Anand's globe trotting action heist drama. Nene Needane, Pela Pela, and Kallu Moosi Yochesthe are evergreen songs.

Paravapu Vaana from Bheema (2008): This isn't an album but rather a single. Harris Jayraj once again composed a soothing melody by Hariharan and Mahathi. A sure shot winner that will make you instantly fall in love with it.

Tuntari (2016): Doing math homework in college and listening to this album made me realize it's repeat value. Composed by Sai Karthik, it features the famous song Diamond Girl by Yazin Nizar and a host of other songs in an truly underrated commercial album.

Takkari Donga (2002): Being a Mahesh Babu fan, only recently did I realize the great album that Mani Sharma gave for the Jayanth C Paranjee cowboy movie. Naluguriki and Aleba Aleba are our picks from the album.

Balu ACDEFG (2004): Having given the engaging romantic action drama a rewatch, I realized how good the songs were once again composed by Mani Sharma. It's probably an unpopular opinion to call it underrated given how famous Inthe Inthe is among the Telugu public and how good Kannu Kottina and Neelo Jarige are.

Andarivaadu (2005): Even though the movie was a flop, this album by Devi Sri Prasad was simply rocking with mass songs and duets galore. It's probably a classic in reality to be honest with you.

Anji (2004): Another Chiranjeevi flop that was propelled by hype and excessive CGI, Mani Sharma once again gave a fine album for this fantasy epic or so they thought by Kodi Ramakrishna. Om Shanti Om, Abbo Nee Amma Goppade, the deleted song Gumma Gulabi, and Mannava are our picks.

Dictator (2016): Having only watched Legend and Simha since 2010 for Balayya movies, Thaman gave a rocking album for Dictator which includes Gam Gam Ganesha with Balayya's relentless energy, a soothing melody in Chura Chura, and a foot tapping item song in Tingo Tingo.

Super (2005): Sandeep Chowtha is one of the most underrated music directors and worked exclusively for 5 of Nagarjuna's movies in Telugu. This Puri Jagan movie had underrated songs and was also a great movie but unfortunately didn't run at the box office. Gichi Gichi and Mastaana are our picks. Also if you can excuse Neha Kakkar's excessive high pitches, should be ok too.

Bujjigadu (2008): My favorite Prabhas movie outside of Baahubali for his performance, Sandeep Chowtha once again gave a classic album for this Puri Jagan movie. Love Me, Sude Sude, Chitti Ayyire, and Dhadak Dhadak are our picks for this truly underrated album.