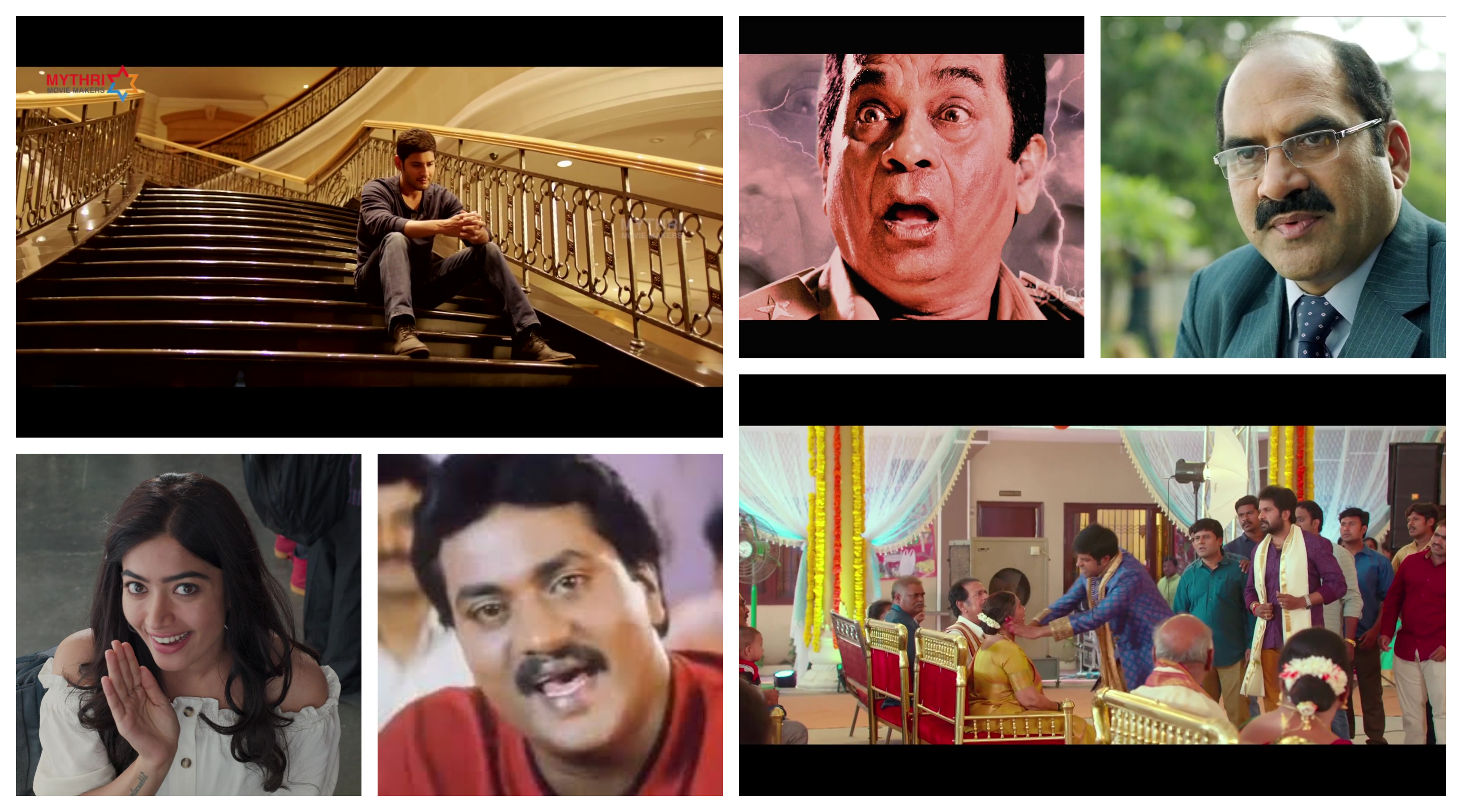 Every Telugu Movie Summed up in Stereotypes

Ah Stereotypes you have to love them. Not only in Hollywood movies but in our very own Telugu cinema, we have so many stereotypes that have become the norm over the years and fit right into the Telugu cinema commercial movie template.

In this fun little article, we will decode every single plot point of a Telugu movie with a list of stereotypes in literally every Telugu movie.

Rich Hero who's Jobless: Chances are the hero in the movie is insanely rich and doesn't have a job. We all wish we could be like that. Oh, I forgot to add that he probably lives in the biggest house in all the land as well.

Dumb Heroine's whose IQ is less than or equal to 0: It's a known fact that the heroines are useless in commercial movies and literally come for 2-3 scenes and 3 songs and go away. And are they smart? Nope. They're the most annoying and obnoxious airheads you will ever see. She always eventually gives into the relentless stalking and harassment done by the hero.

Bloodthirsty Villains from the North: Other than Jagapathi Babu who's had a career resurgence since Legend, all of our villains are from up north and extremely generic. Their job is to scream their lungs out and hack 1 or 2 people and are just out for blood. They have no motive other except getting their asses kicked by the hero in the climax. And you can be damn sure Ravi Shankar will be giving the dubbing 9 times out of 10.

Bickering Parents: The hero or heroines parents are always up their case for no reason and just annoy them or roast them the entire movie. Mom is usually a housewife and dad is a Businessman or Lawyer or cunning fellow like Valmiki.

Hero Introduction Song with Montage or Visiting all Hyderabad Tourist Attractions: After it's established is jobless, he must wander all around Hyderabad with his useless friends who always have the time and money to go to Prasadz, Tank Bund, Hyderabad Central, Manjeera, and the Charminar.

Comedian who gets slapped the entire movie despite knowing everything or is made a Bakra: Every Sreenu Vaitla movie has one character like this and is in confusion comedy movies. All of them have one thing is common. THEY'RE ALL PLAYED by Brahmanandham.

Comedian who just gets beat up the entire movie: There's always a separate comedy track for a comedian who's always getting into trouble and it always ends with him getting beaten up. 9/10 times this is the legend Venu Madhav himself.

Goons who always gets the living daylights kicked out of him: It's a never ending cycle. It's usually Subbaraju, and then Shravan. And then Supreeth. And recently Harish Uthaman.

Hero's friend who's also jobless and just there to make you laugh: If you're jobless , chances are your friends are too and just hang around for moral support and comic relief. From Sunil, Ali, and Satyam Rajesh back in the 2000's and most recently Priyadarshi, Satya, and Rahul Ramakrishna in recent years, we've seen it all.

Bakra at the wedding venue in the climax: Only in Telugu movies do people have a change of heart before their wedding and decide that they actually love someone else. Either the hero comes and embarasses the would be groom or the heroine runs away to find the hero Arya style. From Siva Balaji, Jai Akash, Sreeram, Nara Rohit making someone a bakra in Solo and then becoming the Bakra himself in Sarocharu, and most recently Vennela Kishore in Geetha Govindam, we swear this kind of stuff only happens in Telugu movies.

Gravity Defying fights courtesy of Ram Lakshman: Telugu movies are known for the over the top fights and excessive heroism but twin brothers Ram Lakshman take over the top to a whole new level. From Mahesh Babu wearing a dude like a backpack in Bharat Ane Nenu, to people flying in and the ground breaking in Sarileru, and then Allu Arjun elbowing a dude and springing back up in Ala Vaikunthapurramlo, these stunts will have Isaac Newton spinning in his grave for sure.

One old man or woman to provide sentiment or elevations: It's usually the ever reliable LB Sriram garu for men and then a various number of women most recently Surekha Vani in Naayak and Srimanthudu.

No matter how implausible or sad the movie is, it's a always happily ever after ending: Cue the Subham text during the closing credits.

The dude who's always the father of the groom or the police commissioner: Kudos to you sir for being stereotyped and type casted for over 20 years in Telugu cinema. We love you.

Nice article bro. Nothing more. Nothing less. Noice. The final stereotype in the article is thop.